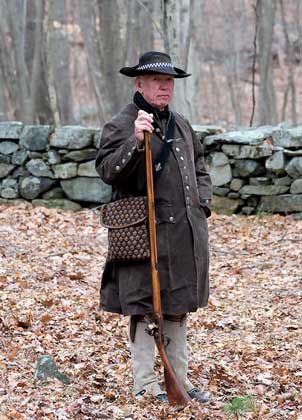 Capt. Ichabod Scranton and many of the soldiers under his command died in the nearby forest in 1760, even though not a shot was fired. The Madison Historical Society offers a public tour each April of the “pock lot,” otherwise known as the Smallpox Burying Ground.

Ichabod Scranton, a fourth-generation descendant of one of the founders of Guilford, was born in East Guilford in 1717. Although he earned his living as a farmer, he was also, like his forebears, a military man in service to the King. In 1759, Capt. Scranton commanded a company of 74 officers and men from the local area. They marched to upstate New York and fought successful campaigns around Lake George and Lake Champlain during the French and Indian War.

After one of Scranton’s men, 20-year-old Joshua Bishop of Guilford, died of smallpox in February of 1760, the 57 soldiers who remained in the company returned home with Scranton. Smallpox was then a devastating disease that raced through whole communities, offering most victims an excruciating death. In those days, soldiers were much more likely to die of disease and infection than on the battlefield. Not surprisingly, by the time Scranton neared East Guilford, smallpox had infected the rest of the company. 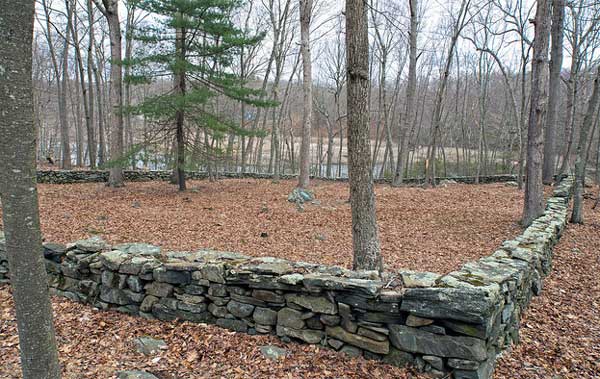 News of the soldiers’ condition must have traveled ahead of them because when they reached their hometown, the soldiers were quarantined out in the woods along the East River in the Clapboard Hill area. Although crude inoculation methods were then in use against smallpox, the process remained controversial and was occasionally fatal. Quarantine was among the best protections to stop the spread of disease.

In this incident, local history reports that townspeople left food for the soldiers in baskets on a nearby wall to avoid all personal contact, and Ichabod is reported to have talked to his wife, Chloe Fowler Scranton, from across the river while trying to recuperate. But, in December 1760, Capt. Scranton succumbed. He was buried in the night in an unmarked grave, as was common for smallpox victims. Eight or more of his company likely met a similar fate. In 1922 a bronze plaque was placed on a large native stone to mark the general area of the burials. 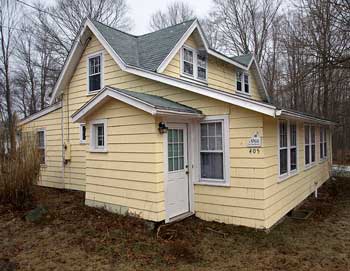 Shortly after Ichabod’s death, the town built a pest house, “30 feet long by 16 feet wide, with a chimney in the middle,” on a 9-acre parcel near the pock lot, for other smallpox victims and those with communicable diseases. Although much altered over the centuries, this house - once a sanctuary for the ill - is now a simple private residence standing at the roadside. Saturday’s public tour will include a visit to its exterior.

Smallpox remained a scourge of civilization until 1975, when it was finally eradicated everywhere by a herculean worldwide vaccination effort. It is the only human disease so totally eliminated.

The Madison Historical Society has a terrific web page about the Smallpox Burying Ground and Pest House at www.madisonhistory.org/smallpox-burying-ground/. You will also find details there about the upcoming public tour.

See more pictures of a public tour of the Pock Lot at MHS’ Flickr Album, https://flic.kr/s/aHska1E97F.

Originally appeared as a special to The Shoreline Times. Written by Bob Gundersen.

Your ticket for: Smallpox Burying Ground