Madison’s Heritage: Historical Sketches of Madison, Connecticut tells the charming story of the founding of the Madison Historical Society. In the years 1917 and 1918, during and shortly after the First World War, the idea for the Society was sparked by “a fierce fire of enthusiasm.” Witnesses to its sudden presence on the social and cultural scene of Madison say that it evolved from a single comment. 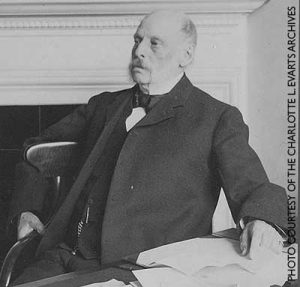 One afternoon in August 1917, George Wilcox, a prominent Madison resident, stopped for his usual daily visit with his neighbors in the village, and Civil War veteran John Henry Meigs, passing by in his buggy, returned to greet them. The gentlemen reportedly exchanged tales of “early times, boyish pranks, and school days.” Upon leaving, Meigs mentioned what a delight it had been to be so long at conversation without a single mention of the war. 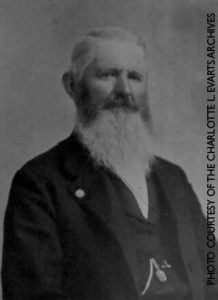 From that chance remark, George Wilcox began to form notions of a society that would celebrate and commemorate the lively history of Madison. Just a week later, invitations were sent to thirty to forty townspeople who might be interested in such a group. Miss Elizabeth Todd Nash offered her home for the first meeting, which had just one by-law: topics such as “War, Work, and Worries” were forbidden for the evening.

The festivities, which lasted until after midnight, were so successful that Nash approached Wilcox with the idea that the meetings might be held weekly. Further, she suggested that the old stories might be recorded for the preservation of history. Wilcox agreed, and once again invitations were sent to people who might enjoy such an endeavor. Soon, a regular meeting place was established at the Chapel next to the present-day Memorial Town Hall, and participants began to form rules and offer membership enrollments. 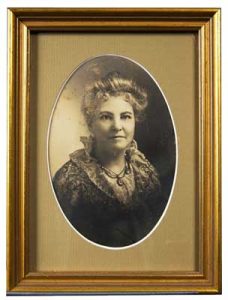 Weeks later, more than one hundred charter members had formed the Madison Historical Society. With surprising swiftness, the Society then secured a building to call its own. Within the Society's first year, Mr. Nathan Bushnell offered the use of his old family home in exchange for some repairs and the payment of its taxes. By the second summer, the Society had purchased the home. Before long, generous members had repaired it and outfitted it with donated heirlooms. Together they created a period house that could open its doors to visitors – the Allis-Bushnell House.

In later decades, the organization worked to save Lee's Academy--Madison's first high school--from conversion to a saloon. They first arranged its move to a position of honor on the Madison town green. Then they purchased it outright from the Town. During the 1950s and 1960s, the Society focused its efforts on the development of its collection. It also undertook further restoration of the Allis-Bushnell House and established its status as a nonprofit organization. After painstaking restorations in 1975, the Allis-Bushnell House was dedicated in August 1976 as a museum of the history and heritage of Madison.

In the 21st century, the MHS has re-envisioned its role in town life. It has made extensive efforts to increase both its presence and its educational outreach. In 2010 the Society began its first phase of restorations to Lee's Academy, to which it moved its administrative offices. That phase of work, aided by generous grants and donations, was completed in 2012. In 2013, work began to preserve and protect the Allis-Bushnell House, where the Society had its roots.

In 2017, the MHS turned 100. As the oldest civic organization in Madison, we are proud of the important role we play in contributing to the present and future vitality of the town. To mark this important milestone, the MHS planned a celebration of Madison that lasted throughout the year.

A series of pop-up exhibitions from our collections opened in February. The Madison A-Z poster, a project illustrating the best of Madison, launched in April. In July, the MHS was Grand Marshal of the Independence Day parade and installed vintage posters of the changing face of Madison's downtown in storefronts along the Post Road. Nearly 200 people attended the highly successful Evening in White in September. 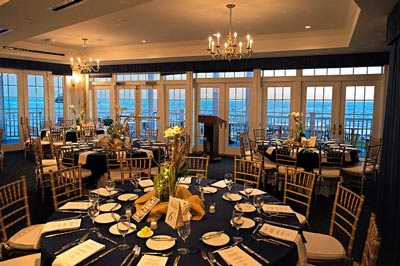 The centennial gala held on October 19, 2017, capped off a yearlong celebration marking the Society’s milestone birthday. Just over two hundred people filled the ballroom at the Madison Beach Hotel for this festive occasion. The event honored Jack and Laurie Heflin, Joe Oslander, and Don Rankin--four remarkable individuals who have each contributed significantly to the betterment of the town.

From 2020 to 2022, in the midst of the challenges of the global pandemic, the MHS undertook further restorations at Lee's Academy, with invaluable support from the Connecticut State Department of  Economic Development. The State awarded the MHS a "Good to Great" grant of approximately $140,000, which allowed the Society to shore up the structure's foundation, restore its entire lower floor, add an HVAC system, improve accessibility according to ADA guidelines, and prepare the full lower level for creation of the Madison Center for History and Culture (MCHC), which opened in the Fall of 2022. Today the Society remains committed to contributing to a greater appreciation of Madison's distinctive cultural history. Committed to public education that nurtures and sustains a sense of community, the MHS links the past to present and future citizens.

Your ticket for: History of the MHS