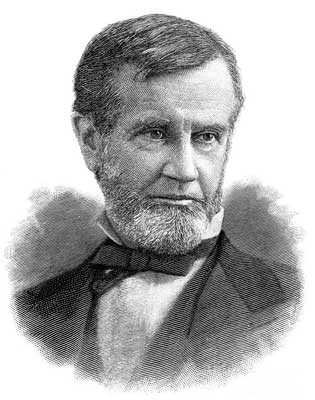 One of our nation’s most influential citizens was the man who created our system of standard time zones—and he was a Madison boy, born and raised.

Our country’s westward expansion in the late nineteenth century highlighted the need for the nation to evolve from an agriculture-based system of telling time. Until 1883, the noon hour was set locally when the sun was at its apex. The high-noon-hour setting needed to be changed many times, if one were traveling in either direction across the country. This method might have been satisfactory in an agrarian society because farmers didn’t travel much, but, by the late nineteenth century, this method was no longer practical for an emerging industrial nation. In particular, the railroads needed constants, not variables, for the scheduling of arrivals and departures. One train station, for example, had seven different clocks in use for calculating cross-country routes.

Enter Charles Dowd, born in 1825 in East Guilford, now Madison. A teacher by profession and an organizer by nature, he was a descendent of the original 1639 Guilford settlers. As a young man, he worked as a shoemaker for his father, and his education at Yale, where he was officially a member of the Class of 1853, was interrupted by financial hardship. Nevertheless, he earned both his baccalaureate degree and his master’s degree from Yale in 1856, at the age of 31.

In 1860 he bought the North Granville Ladies Seminary in rural New York State and ran it until 1867 with his wife, Harriet Miriam North, a graduate of Mount Holyoke Seminary. In 1868, Dowd bought another rural school, The Saratoga Female Seminary at Temple Grove, fifty miles to the south of North Granville in Saratoga Springs. Dowd closed the school in North Granville, renamed his new purchase the Temple Grove Seminary, and ran it for thirty-five years with Harriet as his co-principal. While Charles and Harriet were at Temple Grove, Charles found the time to study the confusing railroad time problem, which he solved by creating an elegantly simple zone plan. 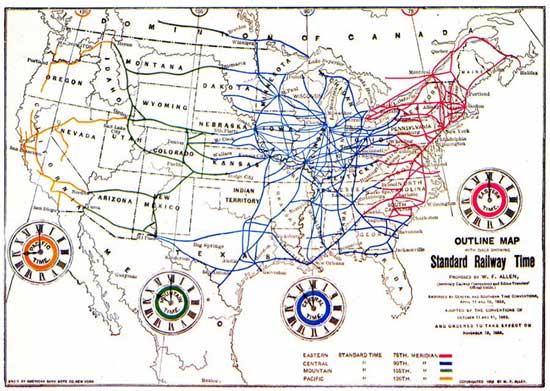 The Prime Meridian, longitude 0 degrees, is an imaginary line running between the north and south poles. Its starting point in Greenwich, England, begins the westward meridian lines, which are spaced every fifteen degrees of longitude.

Dowd’s plan divided the country into four time zones. He used the 75th meridian, which runs through New York State, as the base for his Eastern Standard Time. He then assigned three cross-country meridians: Central Standard (90th); Mountain Standard (105th); Pacific Standard (120th). Each zone time was set one hour apart. Thus, if EST were 9 pm, then CST would be 8 pm, MST would be 7 pm, and PST would be 6 pm.

Dowd met with railroad officials and in 1870 issued a pamphlet entitled “A System of National Time for Railroads.” Several West Point and Yale professors endorsed his plan, but difficulties abounded. Nearly 500 railroad companies held objections that focused on competition, not cooperation.

William F. Allen, editor of the Traveler’s Official Railway Guide and a former railroad engineer, liked Dowd’s plan. With his helpful modifications—and Dowd’s continual work—Allen convinced railroad officials to adopt it. On November 18, 1883, Allen was on hand at the Western Union Telegraph System building in New York City to witness the plan’s implementation. Room 148 contained the company’s regulator clock. At 9 am, the clock was stopped for precisely three minutes and 58:38 seconds. The clock was then restarted, and Eastern Standard Time was born. 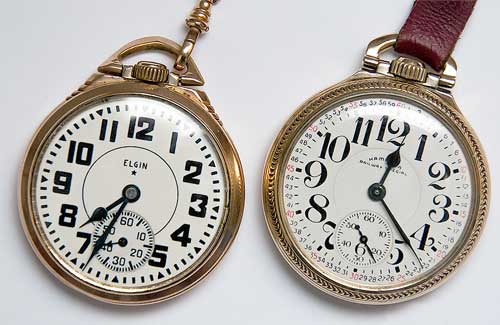 At Chicago’s West Side train depot, at 11:45 am that same day, the station’s clock was stopped for 9 minutes and 32 seconds. When it was restarted, Central Standard Time had arrived. Mountain Standard and Pacific Standard Times subsequently followed in due course.

Some pushback occurred. Three days before the time change took effect, U.S. Attorney General Benjamin Brewster advised all federal agencies not to change their clocks because Congress had not given its consent to do so. Though the government did not rescind the unlawful change--probably due to the huge improvement it made for train-traveling voters--it was not until 1918 that Congress officially adopted Standard Time.

Others resisted the new plan. The mayor of Bangor, Maine, threatened jail time for anyone ringing church bells using the new Standard Time hours. An impassioned preacher in Tennessee smashed his own pocket watch at the pulpit, decrying the railroad’s interference with “God’s time.”

After his time zone project, Dowd obtained a doctorate from the University of the City of New York in 1888. That same year, he was made a Fellow of the Society of Science, Letters and Arts of London. At his fiftieth reunion at Yale, he was called “Father Time”—and was recognized as Yale’s greatest graduate for the international impact of his work.

When the Temple Grove school closed around 1900, Dowd spent his retirement years enjoying a daily three-mile walk around downtown Saratoga Springs. On November 12, 1904, at approximately 5:30 pm, he arrived at the intersection of Broadway and the Delaware and Hudson train crossing. This ungated, dangerous section had poor visibility, and pedestrians could not see an oncoming train until the train was upon them. Dowd accidentally walked into the D & H train and was thrown thirty feet. He died instantly. At the time of his death, he had been continuing his effort to develop an international standard time system, featuring a twenty-four-hour day.

We salute Dowd today for his perseverance in developing an orderly system of national time. His ingenuity created a simple solution for one of the many problems generated by our emergence as an industrialized nation. That he died in a railroad accident after immeasurably assisting the burgeoning railroad industry can only be viewed as one of life’s mysterious ironies.

Researched and written by Madison resident Jan Pruchnicki, with additional details from Judith Ann Schiff, from her article, “The Man Who Made Time Workable,” published in the Yale Alumni Review, July/August 2017.

Your ticket for: Charles Ferdinand Dowd