West Cemetery, one of five Madison burial grounds, serves as the final resting place for many Madison citizens. In this peaceful setting at the corner of the Boston Post Road and Janna’s Lane, visitors can find the graves of military captains, pastors, painters, missionaries, abolitionists, sailors—and the cemetery’s first gravestone—that of six-year-old Samuel French—erected in 1688.

In its early years, West Cemetery was little more than a collection of plots sold off piecemeal by owners of the adjoining property. In the latter half of the nineteenth century, a nonprofit organization was founded to increase cemetery land, map and organize its layout, and enclose the property with a fence. Forty-two charter members later furnished the necessary funds to provide the cemetery with a hearse and a building to house it.

In 1892 local philanthropist and painter Caroline Munger Washburn (Mrs. Horace Washburn), who also funded the construction of the East River Reading Room, issued a bequest to be used for the upkeep of the grounds. These funds were used for the installation of gates, the planting of trees and ornamental shrubs, and for general maintenance and care. Since that time, more land was added through the purchase of contiguous local lots. The most notable of these were the north lot (a large block of farmland) and the Crampton lot, purchased in 1909.

Throughout its history West Cemetery has been cared for by a community of lot owners, dedicated volunteers, generous town residents, and the Madison Cemetery Association. 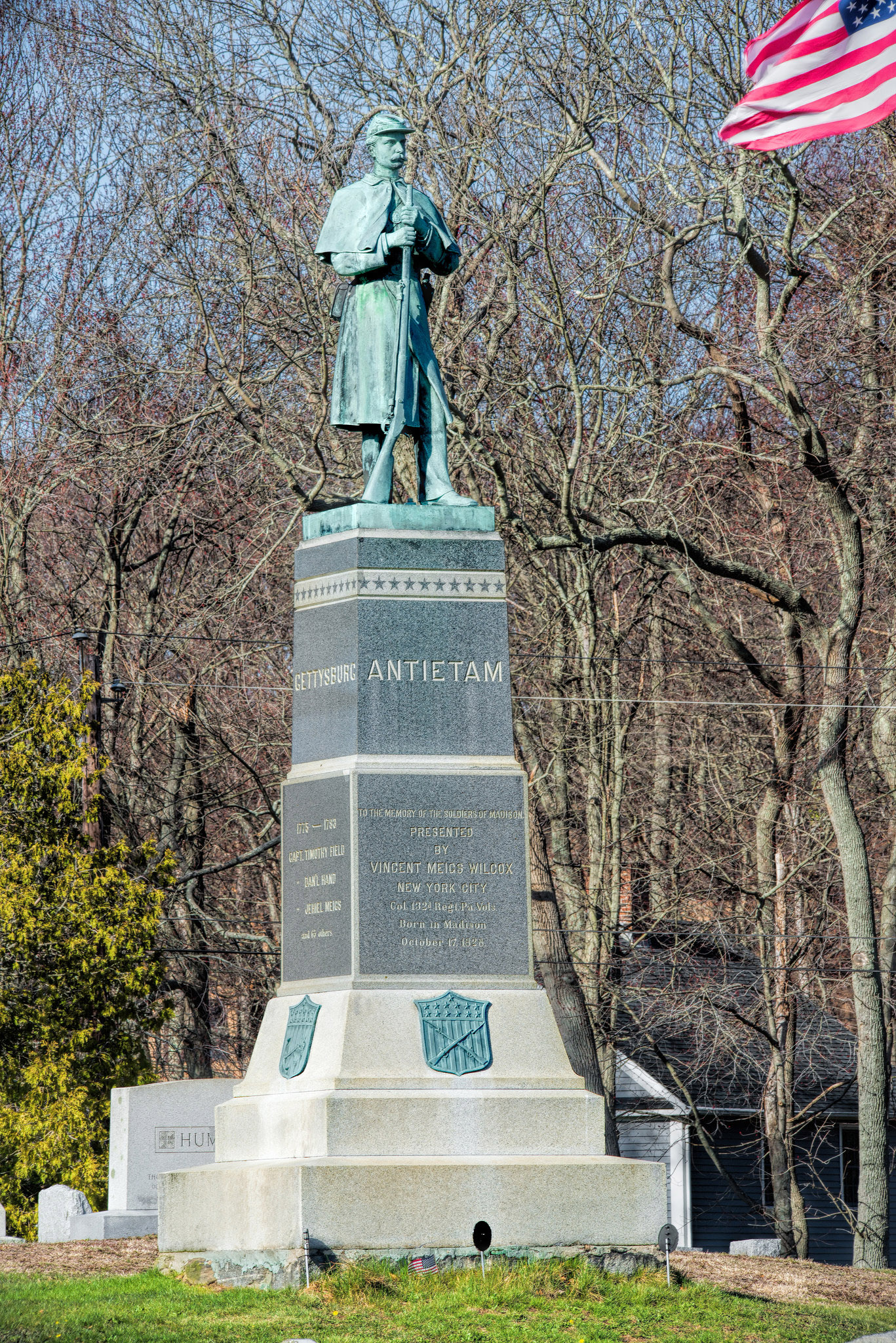 Your ticket for the: West Cemetery