Erwin C. Bauer, a farmer who lived on Copse Road, bequeathed his sixty-acre farm property and its homestead and barn to the Town of Madison when he died in 1996.

A bachelor who passed away at the age of 92, he also created the Erwin C. Bauer Charitable Trust, a private foundation that supports a range of public and charitable projects and organizations created for the benefit of residents of Madison. Approximately $60,000 is available annually from the income produced annually by the original gift of $2 million. Bauer specified in his will that the grants support local nonprofit organizations with initiatives in the areas of education, conservation, agricultural programs, medical care, public health, and housing. Applications are made each October, and grants are awarded each December.

The Erwin C. Bauer Charitable Trust has generously underwritten several projects at the MHS in recent years. One of these was a 2010 exhibit on the history of Lee's Academy and the development of secondary academies in Connecticut during the nineteenth century. The exhibit interpreted the original use of the academy through archival images, documents, and artifacts. Funds from the Trust covered the costs to assemble, produce, and install text panels, labels, and photographs.  Other grants have helped the MHS to restore and preserve Lee’s Academy through important improvements to its doors, roof, belfry, and windows. These contributions—all part of the ongoing legacy of Erwin Bauer—ensure that Lee’s Academy remains secure through the twenty-first century and onwards. 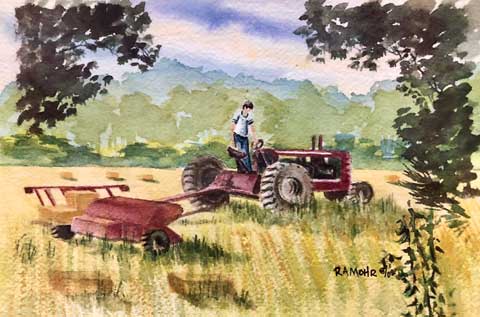 Your ticket for: Erwin C. Bauer