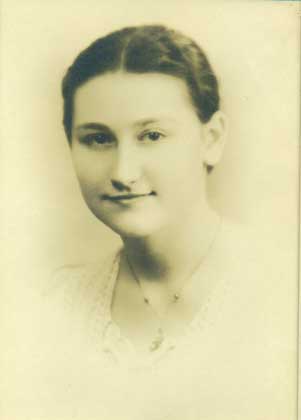 Portrait of Charlotte Evarts as a young woman

Charlotte L. Evarts, for whom the Charlotte L. Evarts Memorial Archives is named, was born in 1916 to Cyrus Evarts and Mary Scranton Evarts. A lifelong resident of Madison, Connecticut, Charlotte attended Hand Consolidated High School, where she was voted both "most sarcastic" and "easiest to get along with" by her classmates. Upon her graduation, Charlotte found employment as a general clerk with Clinton Light and Power, which was later purchased by Northeast Utilities. She remained at NU for forty-five years before her retirement in 1979. A member of the First Congregational Church of Madison for thirty-five years, Charlotte sang in its choir and served as a Sunday school teacher and as the church’s historian. In the larger community, she was a secretary of the Deacon John Grave Foundation, a treasurer of the Shoreline Visitors Bureau, and a member of both the Association of Connecticut Municipal Historians and the Connecticut Trust for Historic Preservation. She also served for twenty-four years on the Madison Board of Education, retiring in 1969. 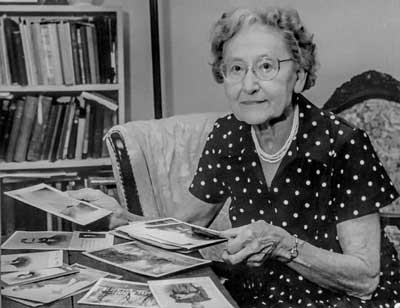 In April 1988 Charlotte was named the first town historian of Madison. An avid photographer, she documented changes throughout Madison and gathered photos, artifacts, and written materials related to town history. She may have inherited her love of history from her mother, who also served as a historian for the First Congregational Church. In collaboration with the Madison Historical Society, Charlotte helped organize two local history books, Madison's Heritage and 300 Years by the Sea, which included writings penned by her mother.

In 1993 Charlotte learned that the Madison town offices were moving to the campus of the former Hammonasset School, opening the door to the fruition of a dream: a repository for all the materials she had collected. In an interview with the Shore Line Times, Charlotte was quoted as saying, "I've somehow got to get organized" for the day her History Room might become a reality. Although she died before she was able to establish the room in the former office of the town clerk, Madison officials, residents, family, and friends created the Charlotte L. Evarts Memorial Archives  in her memory.

Your ticket for: Charlotte Evarts