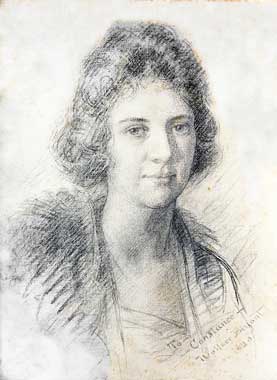 I sometimes wonder what people did to entertain themselves a hundred years ago before texting, cell phones, television and, indeed, even before commercial radio nibbled into our leisure.

It appears that, after World War I, Madison’s residents hit upon a new pastime that has since grown nation-wide and still occupies some of our time between Pokemon searches — summer theater.

“Two young women who had met in Egypt while on a Grand Tour with their families had a common dream — to start a summer theater. Constance Wilcox wanted to be a writer, and Alice B. Keating, an actress. Together they started the Woodland Garden Plays, according to the Madison Historical Society’s summer exhibit (2013 and 2014), The Business of Leisure: Madison Welcomes its Summer Colony. 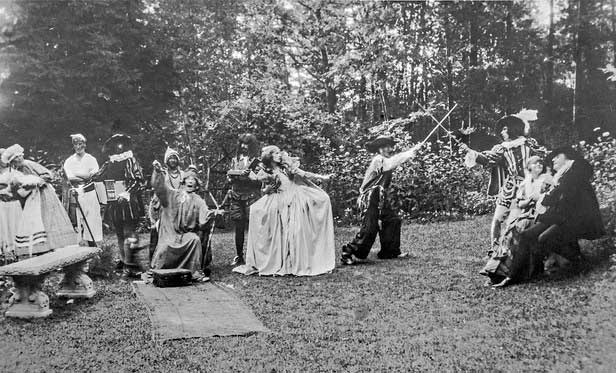 “A wooded path behind the Wilcox home on {Island Avenue} led to an enchanted open place where the plays were performed. The first Garden Play, ‘Told in a Chinese Garden,’ was written especially for the setting. All the players were from Madison. It was performed in the summer of 1918 and raised money for wounded soldiers from the First World War.

“Within a few years, the Woodland Garden Plays were in search of a roof over their heads and moved to an old barn on the Wilcox property. America’s first barn theatre began. The plays were always performed as fundraisers for charities. All the plays were original, all the acting was voluntary and all the scenery and posters locally made.” It was known as The Playbarn.

Incredibly, some pictures and costumes from those times have been preserved and a few are shown here. Many other related images can be viewed at https://flic.kr/s/aHskneEi5Q.

These groups evolved into a traveling troupe of actors, singers, and stagehands called the Jitney Players.

Your ticket for: The Leisure Class