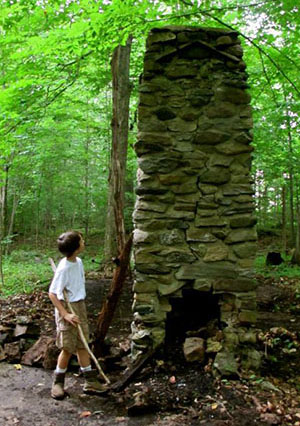 How Does the MHS Help Preserve Historic Madison?

Since our founding in 1917, the Madison Historical Society has dedicated itself to preserving the historic and cultural integrity of the Town of Madison. Through public advocacy and educational outreach, the Society has succeeded in its daily work of preserving and protecting many important documents, artifacts, and implements that tell the story of Madison's people and their contributions to Madison's history as a an agricultural, maritime, resort, and suburban community over the course of 350 years--and earlier. In our current collection are more than 6,000 objects offered to us by hundreds of donors who share our sense of responsibility for the preservation of the past.

What Buildings Have Been Preserved So Far? 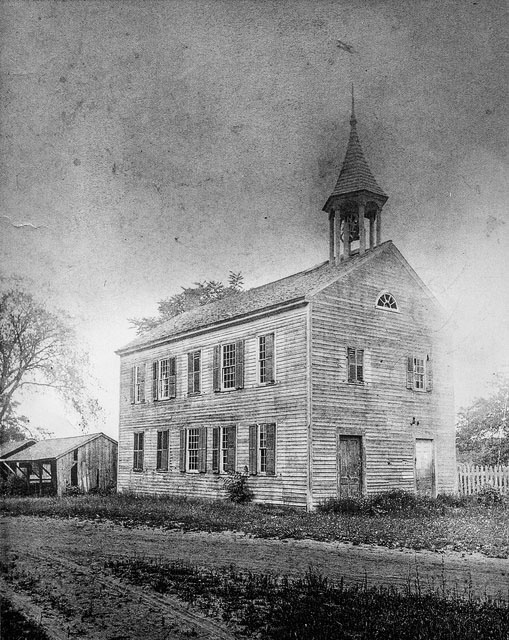 Lee's Academy photo from 1886, before being moved to its current location on the green

The town of Madison, like many other New England towns, has long faced challenges in preserving its historic buildings and sites. However, the Madison Historical Society, the Deacon John Grave Foundation, many owners of private homes, and a small number of preservation advocates and preservation experts have fought effectively to prevent unnecessary destruction of historic properties. Now, due to the efforts of these individuals, companies, and private homeowners, Madison retains vivid and vital examples of historic preservation.

In recent years, with the support of private citizens as well as such respected funders as CT Humanities, the State Preservation Office, and the Bauer Foundation, the MHS has been able to save Lee's Academy as a resource for research and education. We have also been able to restore the landmark Allis-Bushnell House as a museum and as a visual reminder of Madison’s rich cultural heritage. Due to contributions from members, friends, and visitors, our historic house museum is now accessible to every guest, after a yearlong project to install an ADA-compliant ramp and restroom, a new kitchen, and other interior improvements. We also preserve and protect the Smallpox Burying Ground, which lies in the woodlands on the western side of the East River. A recent grant award has allowed us to make further improvements on that site. 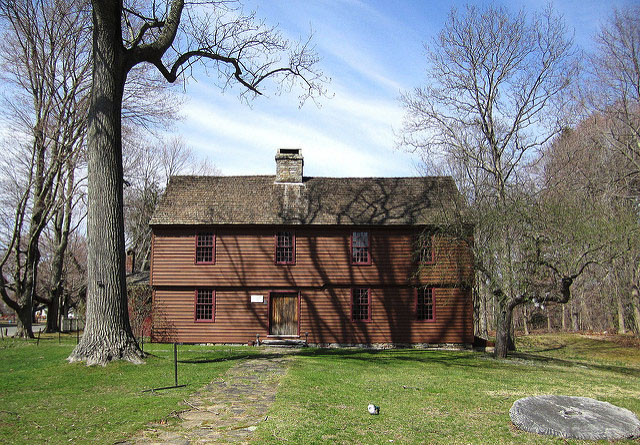 HOW DO OUR COMMUNITY PARTNERS CONTRIBUTE TO PRESERVATION?

The Deacon John Grave House also stands as a testament to nearly four centuries of Madison history. Its Foundation, also a 501 (c) 3 organization like the MHS, has restored both the seventeenth-century home and its nineteenth-century barn. With the creative support and hard work of the Garden Club of Madison, it has recreated a lovely ornamental flower and herb garden for all visitors to enjoy.

The staff, board, and loyal volunteers at the Charlotte L. Evarts Memorial Archives, in Memorial Town Hall, also work endlessly to preserve Madison’s history in the form of photographs, documents, letters, journals, deeds, and much more.

The Town of Madison has established an Historic District Commission, a 90-day Demolition Delay process and a Blight Ordinance that help protect the destruction of privately owned properties. With financial support from the MHS, among others, Madison also features two established local historic districts and one proposed local historic district. The Madison Green Historic District, which also is a National Historic District, lies around and near the town green, primarily on the Boston Post Road, Britton Lane, and Meetinghouse Lane. It includes approximately 35 public buildings, monuments, and residences that span three centuries of Madison history. The Liberty Street Historic District includes thirteen residences to the east of the downtown village, preserving the eighteenth- and nineteenth-century history of that charming historic neighborhood. In the former Elm Street area, which lies along the Boston Post Road at the western end of town, a study is underway to create a third protected district. 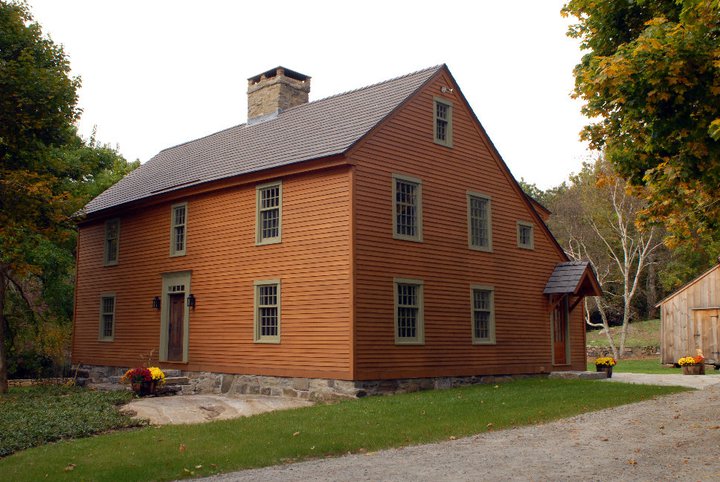 Concerned citizens and restoration contractors work diligently to preserve notable historic private properties. The efforts of the Madison Historical Society, the Deacon John Grave Foundation and such restoration advocates as William Plunkett and Gulick & Company, ensure that residents and visitors to Madison can enjoy the presence of a variety of residential, retail, and commercial historic properties.

Two of Madison's oldest homes were once in real danger of an all-too-familiar fate: total obliteration. Due to the generous intervention of extraordinary Madison citizens John and Diana Herzog and the expertise of Gulick & Spradlin, the circa 1710 Stone-Shelley House and the circa 1720 David Field House, both were saved from the wrecking ball.

In these two fortunate cases, demolition was narrowly avoided because two individuals with a passion for preservation acted swiftly and surely. Together, the Herzogs helped advance historic preservation in Madison by financing and overseeing the restoration of both structures. Today, magnificently and authentically revitalized by Gulick & Spradlin, both houses ring with the voices of proud owners who understand their roles as stewards. These homes stand as shining examples of the value of historic preservation.

Among many other historic Madison properties, Gulick & Spradlin have also restored the c. 1690 Jonathan Murray House at 76 Scotland Road, the c. 1690 Meigs-Bishop House at 45 Wall Street, the Bauer Barn at Bauer Park, and, in part, the 1703 Abraham Scranton House on the Boston Post Road. Similar historic preservation and community revitalization efforts are evidenced in the fine work of builder Wm. Plunkett & Associates, whose projects include the rescue and restoration of the so-called “Black House” in our historic downtown and the Bar Bouchee Building on Scotland Avenue, among several others. The MHS’s own Lee’s Academy also greatly benefited from Bill Plunkett’s expertise and generosity. Currently Lee's Academy will benefit from further improvements and restorations, due to a generous Good-to-Great grant from the CT State Office of Historic Preservation.

In the process of preserving unique historic buildings, restoration projects also encourage the preservation of surrounding historic neighborhoods. These visible signs of investment in the local distinctiveness of our built environment become a major component in the development of community engagement in the matter of historic preservation. Stewardship and thoughtful period-correct restorations help to make clear that, even after decades of neglect, we can all help preserve both the beauty and the stories of a town's most threatened properties. 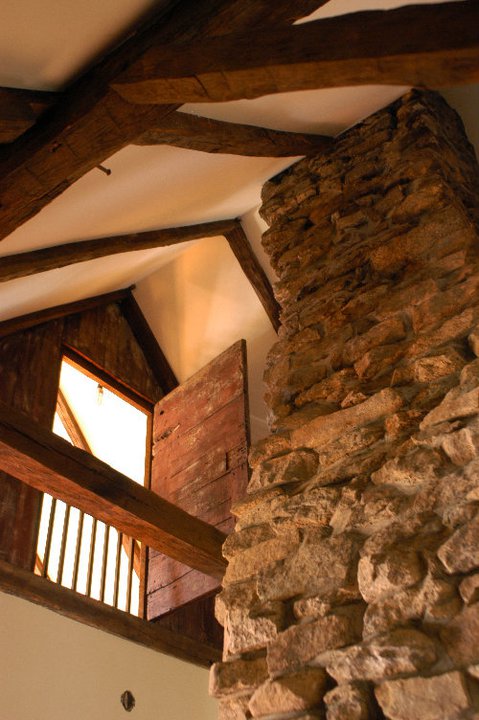 HOW CAN WE PRESERVE TOMORROW?

With community support and donations from concerned private citizens, the MHS hopes to support the creation of a fund for historic preservation, dedicated to:

Historic resources and structures provide an atmosphere of stability and offer a tangible link with the past that both residents and visitors can enjoy and experience. Among the many benefits of preservation are economic value, environmental protection, and educational opportunities.

Historic preservation is a tool that revitalizes neighborhoods as well as commercial districts. When historic buildings and resources are protected, they also become a focal point for investment in the community. Opportunities for heritage tourism (walking tours, restored vintage hostelries, and repurposed retail, commercial, and industrial settings) increase our town's appeal to visitors.

Historic preservation provides opportunities to learn about Madison history--and its future. It ensures that notable ancient and vintage structures continue to help us tell the stories that encourage a sense of neighborhood and community heritage. In addition, the MHS's Tour of Remarkable Homes, its locally focused Frederick Lee Lectures, and its School Tours help our citizens to learn the history of our community. And, our extensive Flickr albums, featuring thousands of objects and artifacts from our collection, reach viewers around the globe.

Citizens of Madison have witnessed the destruction of the eighteenth-century Jonathan Wilcox House, once gracefully situated in the proposed Old Elm Street Historic District on the Boston Post Road.

In addition, the circa 1810 Samuel S. Meigs House, in the heart of Madison's National Historic District at 586 Boston Post Road was also destroyed. This property is currently listed as #24 on the MHS’s historic walking tour, but visitors will only see a grassy plot, emptied of its historic structure.

Your ticket for: Historic Preservation