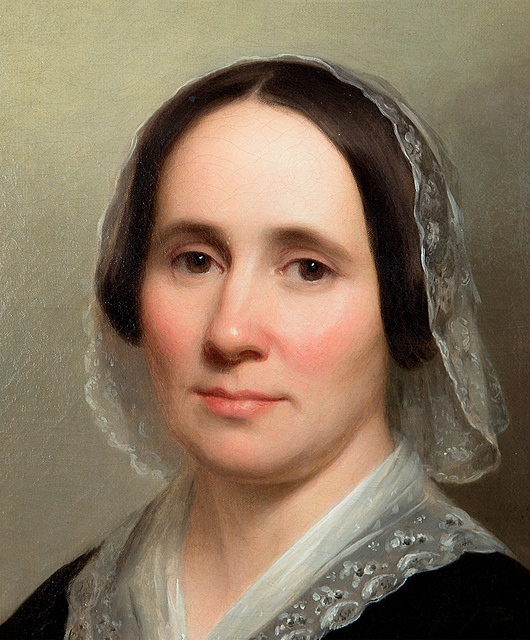 In 1806 Clarissa W. Munger was born in East Guilford, Connecticut, to George Munger and Parnel Kelsey Munger. Her father, George, was a painter and engraver. Clarissa, her older brother George, and her younger sister Caroline all became artists as well. Caroline specialized in portraits, as had her father, and Clarissa focused on botanical art, typically done in watercolors. As a botanical illustrator, Clarissa published three volumes of flower paintings, all of which were accompanied by poetry.

In 1828, she married the Reverend Milton Badger, who was a minister in Andover, Massachusetts. He later became the associate secretary of the American Home Missionary Society, a job that required him to work in the western United States. They also lived in Andover and in New York City and were frequent visitors to Madison, where George Munger and Caroline Munger Washburn and her husband, Horace Washburn, maintained homes. Clarissa and Milton had five children, but only two sons lived to adulthood; both became physicians. When Milton contracted Bright's disease, he and Clarissa returned to Madison. Clarissa died in 1889 at the age of 83. She is buried in Madison’s West Cemetery. 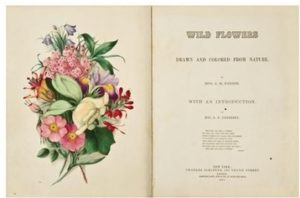 In 1859, Charles Scribner published Clarissa’s Wild Flowers Drawn and Colored from Nature (informally known as The Wild Flowers of America), which was charmingly illustrated with twenty-two plates of such common flowers as columbine, wood lily, honeysuckle, and fringed gentian.

The poems themselves are also believed to have been penned by Clarissa, with an additional introductory poem by Lydia Sigourney. The poet Emily Dickinson owned a copy of this book, gifted to her by her father. That inscribed volume is in the Emily Dickinson Library Collection held at Harvard University and may be viewed online. In 2017, Emily's copy of Clarissa's book was featured in a special exhibition about Dickinson at the famed Morgan Library  in New York City. The illustrations in this volume were widely reproduced, and they were reputed, at the time, to be among the best botanical illustrations in America. 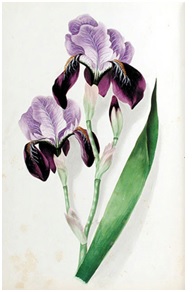 Clarissa's third book, Floral Belles from the Green-House and Garden, was published by Scribner in 1867 with sixteen hand-colored lithographic plates. Most of these illustrations feature two or three flowers in clusters or bouquets. The paintings are accompanied by poetry about each flower species. The poems in this volume are by Badger herself and by Henry Wadsworth Longfellow, Felicia Hemans, and others. The publisher, who priced the work at $30 when it was issued, advertised this volume eloquently:

"The volume is a stately folio, elegantly bound in Turkey morocco and the paper and presswork, and the whole mechanical execution are perfect. There are sixteen pictures in the volume -- favorite or representative flowers -- and each of them is painted from nature by the patient and laborious hand of the artist, and with such exquisite care and taste, and delicacy of touch as to vie with nature herself."

A book reviewer in the popular monthly magazine Hours at Home (December 1866) declared that the work was:

"without exaggeration, a most unique, highly artistic and gorgeous affair — a work that reflects great credit on the artistic taste of the country, as well as on the genius and industry of the author."

A sketch written by Sarah Loring Bailey when Clarissa Munger Badger was seventy-five years old applauds the "feeling and delicacy" of her watercolors. Much later, writer Judith Farr noted, however, that the popularity of Badger's graceful, stylized paintings in her own day was "dwarfed by her male counterparts.” Farr argued in her book, The Gardens of Emily Dickinson, that “only now is she being applauded as a fine botanical artist.”

The Madison Historical Society owns two of Clarissa's books and a small number of her works on paper and silk. At least one homeowner in Madison currently displays a framed piece of Clarissa’s original art, and a direct descendant of the Badgers has generously offered the MHS access to a remarkable quilt hand-painted by Clarissa as well as to the original oil paintings of Clarissa and Milton, painted by noted portraitist Nathaniel Jocelyn.

Please check back for news of special MHS programming on Clarissa and Caroline  in 2017-18.

Your ticket for: Key People